The “Friend Zone” You Want to Be In

Published by Hemati on September 8, 2015 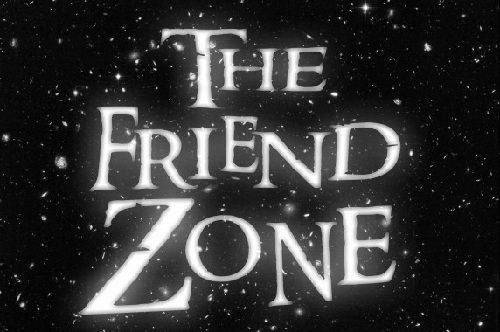 I am extremely fortunate to work with a good friend of mine, Rachel Burnett. We met randomly in DC at a house party and found we had a similar interest in politics and people in general. About two years later, she was looking for something where she could stretch her skills and work for herself, and she ended up taking a position with us.

Rachel has distinguished herself as one of the best salespeople out of all the agents we work with around the country. In her first full year, she finished as the #1 female producer in the entire country.

She wrote this post earlier this week and I thought it worth sharing to all of you who are looking to up your sales game. See what parts of this you can take and use today to improve your business:

I was reading an article the other day where they cited a CBS News / New York Times poll that asked people this, “What percent of people in general are trustworthy?” The consensus was around 30%. I can’t say I was shocked, even though I consider that a pretty low number.

But then they asked another question with a couple word changes. “What percent of people that you know​ are trustworthy?” In that case the number jumped from 30% to a whopping 70%.
That’s a huge difference. And from what I’ve experienced in both my career and even life itself, is that you’re more likely to trust someone you know (or feel you know) than not. I just didn’t realize how BIG of a difference that made.

I’m a numbers girl. My background is in politics, and through the romantic ideals and empty promises, getting people elected comes down to numbers. Sales is no different. But the numbers can easily drop if you’re considered unlikable and untrustworthy. As the poll stated, you go from the from the 70% bracket to the 30%. That’s quite a fall.

Here are four rapport building tips to help you get in and stay in the “friend zone.” Likewise building trust and therefore building sales.

As your parent’s used tell you, ​“just be yourself.” Don’t try to be anything you are not. Even though we often use scripts when we present our products, remember to relax, smile, and keep a positive attitude. Smile, give a firm handshake, make eye contact, and engage. Anything other than genuine comes across as contrived and will box you out of the “friend zone.”

This may be shocker, but believe it or not, people are mostly self-­focused. Ok, yes I was being
sarcastic. The most important thing you can do is: ask questions. Beyond their medical background. Ask about their interests, their family. Look for similar things you have in common and talk about it. This also makes the job more fun, and looky there, you might have made a new friend.

We can all sense when it’s there…desperation. Desperation lingers like the universes
cheap cologne. When it comes to relationship building, you cannot force rapport. Show interest, but don’t act subservient, overly friendly, or too pushy or you will only turn the other person off. Be yourself, show genuine interest and leave it at that. Remember to keep calm and don’t rush through your presentation.

What I notice is ​new salespeople are sometimes overly sensitive to the time of a potential
buyer. They either dive right in with no ice breaking conversation, or they spend too much time chit chatting, and in both instances the sale doesn’t go well. Your job is to find the middle ground. Take control of the conversation. Don’t rush, but also don’t drag on and bore your prospect to death.

Remember, being in the “friend zone” in sales is a good place to be. It allows you to develop an open dialogue with your prospect, while likewise cultivating a relationship built on trust. And trust = big sales numbers.

Michael Lee, sorry to hear that about your friend. But nothing is going to change in his life without his making some effort to change it. I understand about learned helplessness. But it isn’t the responsibility of other people to see to it that he gets laid. It’s not going to happen until he finds someone who enjoys his company, and if he hates himself, that may never happen.

I appreciate so much for your time in writing this post.

Very good post. I definitely appreciate this site. Stick with it!

Thanks intended for supplying this type of great knowledge

@jasoncapital Have you heard the story about the 50 pounds of clay? ♬ original sound – Jason Capital

Saul Alinsky, the famous Social Justice Warrior, wrote a book in 1971 called “Rules for Radicals” in which he lists 13 tactics to use in uniting low-income communities, or “Have-Nots”, in order for them to gain – Read more…