10 Things People Who Love Their Lives Are Doing Differently 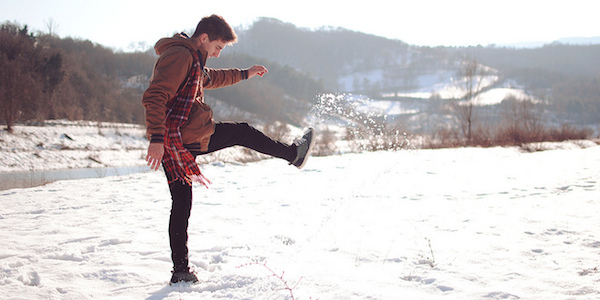 Paul Hudson has a fantastic article in Elite Daily. Enjoy!

Surprise, surprise… happy people live their lives differently. They don’t have different lives. They just do a better job at living them than those who are unhappy.

Happiness is the result of subjective interpretation of perception. Of course, what we perceive isn’t always done so by choice — life does throw things our way.

However, most of the time, we find ourselves in the situations we are in because of actions we took and decisions we made. It’s the way that you live your life that largely decides whether or not you will live happily.

1. They don’t bother trying to make others like them — mainly because they don’t care if they’re liked.

They do what they do because they decided to do it. They aren’t trying to gain your approval or acceptance. They don’t want to be part of your team — they’re a team of their own. They live their lives the way they see fit and if you like them for it, great. If not… then so be it.

They don’t believe they have to do anything. Other than pay taxes and die of course — everything else is a decision followed by deliberate action. If they are doing something, going somewhere, participating in something, it’s because that is exactly what it is that they want to be doing.

No one coerced them or tricked them into doing it because they value their opinion above everyone else’s. They do what they believe is right and don’t bother to ask for permission — they just do it.

3. They love their friends but don’t rely on them.

Friends are tricky because they aren’t really yours, are they? You don’t own them. They are their own people who have their own wants and needs — people who will always put themselves ahead of you and your goals. Friends are great to have, but relying on them too heavily will leave you disappointed.

Those who live happy lives have very close friends, but they keep their independence in order to avoid those moments. It’s the lack of independence and over-reliance that often comes to ruin friendships — all relationships for that matter.

4. When you ask them what they do, they don’t give you a job title.

When you ask them what they do, they respond with what they do in their lives, not what work they do in order to pay for the lives they want to one day be living. The real trick is that these individuals know better than to wait to live the lives they want to live. You live life whether you accept or ignore the fact, how you live it in the moment determines how happy you are.

5. When you ask them where they live, they say, “At the moment…”

Maybe it’s because they love meeting new people and having new experiences. Maybe it’s because they haven’t found the right place to settle down just yet. You see, these individuals see the world as their home — no single country or city. If you ask them where they live, then they’d answer “earth” if they wouldn’t come off sounding highfalutin.

6. They have their own philosophies, their own religion they created and live by.

You don’t need a book to tell you how you ought to live your life. You can live your life by whatever philosophy you wish — as long as you found truths that satisfy you. They have a strong grasp of right and wrong and are their own judges.

7. They embrace their impermanence.

They know they’re only mortal — having this knowledge and accepting it fuels their every step. You will too. Why? Because it is inevitable. There is no way of avoiding it, only dealing with the fact.

The happiest of people don’t fear death. They don’t do their best to avoid it. They see it as the inevitability that it is in and live their lives by their terms. They may not be able to control death, but they know they sure as hell can control their own personal lives.

8. They see the world as their playhouse and their mind as the conductor.

They don’t believe there is a single way that the world is — a single reality that exists. Instead, they believe themselves to be the originators of their reality.

They believe they have full control over how they interpret what they perceive. They see the world the way they choose to see it because they understand the power such a skill has. We all live in a reality of our own construction. Some of us just construct our realities better than others.

9. They live in the moment, but dream in the future.

Happy people have hopes, dreams and goals. They have wants and aspirations, but they don’t allow themselves to get caught up and lost in them. There isn’t so much a time and place for dreaming as there is a maximum allotted amount recommended.

You can’t live life doing nothing more than looking towards the future because you’ll miss the only time that things actually matter or exist: the present. The present, the immediate moment is the only moment that you can actually live in. The rest is only an illusion.

10. They don’t bother changing others, but instead learn how to deal with them appropriately.

Devoting your energy to changing other people is a waste of it. People do change, but they only do so on their own accord. They have to decide to change themselves and that only happens in time — you can’t push and force because it doesn’t work.

On the contrary, it often does the opposite of what is intended. Instead of wasting time and energy trying to do the impossible, why not do the next best thing? Learn to deal with people as they are in order to get the result you desire. If you can’t change them, then guide them to do as you wish. Otherwise, let them go.

One of my leaders shared this with me this morning and it’s incredibly powerful. Read this if you are or want to be a leader who takes and empowers action. Don’t finish reading this without Read more…