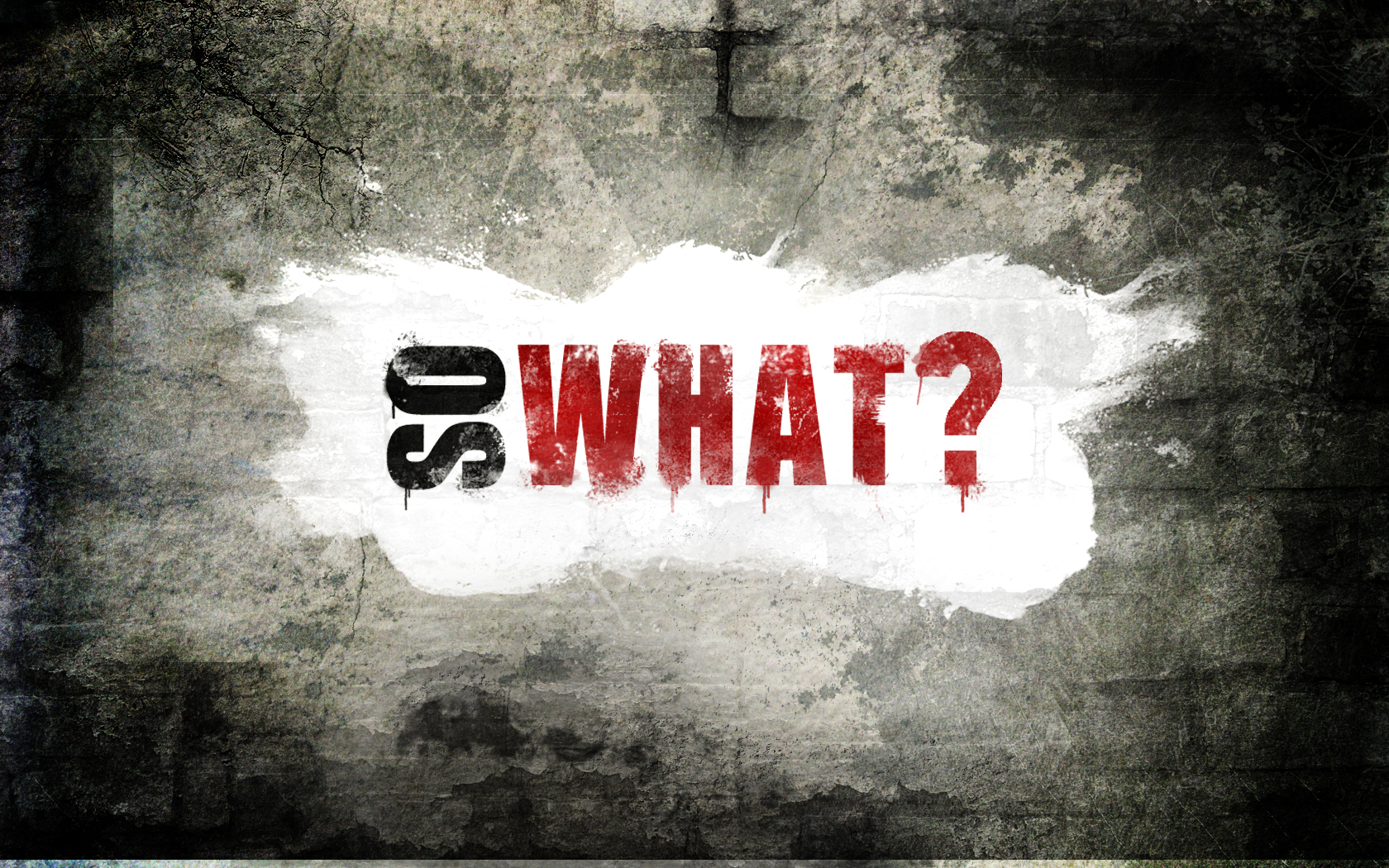 Who you’re being is just who you’re being, and what’s so doesn’t care if you’re happy with it or not, so why should you? When you’re not being with what’s so, that’s also just what’s so. Why should you concern yourself? Other people should always be the way they’re being; if you think they shouldn’t, that’s your interpretation. Bring yourself back to what’s so about them. Until you can be with what’s so, you can’t be with anything or anyone. You may have control over other people’s what’s so, but none over their interpretation – give it up.

If you take action or not, it’s still just what’s so. If it works out well or not, it’s still just what’s so. You can never make a right or wrong decision, or take a right or wrong action. Whatever you do will always bring you more of what’s so, and then you have an interpretation about it. Whatever you don’t have, so what? Whatever you’ve done or thought in the past, again so what? Whatever happens in the future is not to be feared. It’s just going to be more of what’s so. The challenge is to spend as much time in what’s so as you can. The chatter in your head is more interpretation, and it has nothing to do with what’s so. There’s nothing wrong with the chatter, it’s just you listening to a fantasy.

So – what’s so about your situation?

WHEN THE CROW pecks at an EAGLE, he sits on his back and bites his neck. The Eagle does not respond or fight with the crow. It doesn’t waste time or energy on the crow. Read more…