One Fear That Keeps Us Small 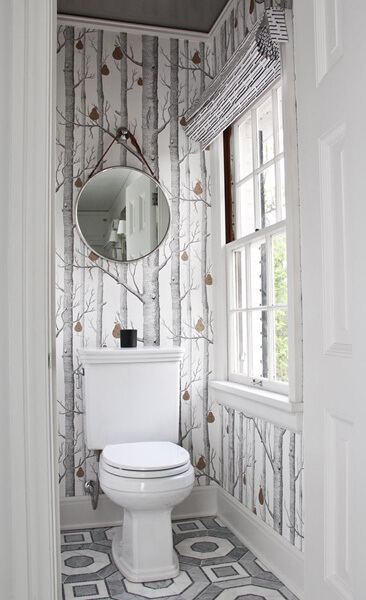 My friend Brian from Third Way Man just posted a great blog post and I wanted to share it here in its entirety. The language is salty and the tone is direct, but it’s absolutely worth a read if you’re up for it:

The bathroom in our old farmhouse in BC had this funky window that was way too low.

Every-time I took a piss I was uneasy. That road on the other side of our neighbor’s property… could people driving by look through the window and see my junk? I couldn’t tell.

So for two years, I had this little flash of anxiety every time I pissed in that toilet.

Then one day I was taking a walk on that road and thought to look across our neighbor’s yard to see if I was in fact exposing myself for all to see whenever I bled the lizard.

Not only could I NOT SEE inside the bathroom window from that distance… I could barely even see the window at all.

I’d been putting up with that little jolt of anxiety multiple times a day for YEARS… all for a fear that wasn’t even a remote possibility.

As with toilets, so with creating.

And one of the biggest reasons you’re NOT DOING IT is because you’re terrified of what other people will think.

In your mind, they are WATCHING you, poised to pounce the moment you color outside the lines and deviate from their idea of you.

The truth is, NOBODY CARES. Not like you think they do.

99.99999% of people don’t even know you exist. You don’t have a scrutiny problem. You have an obscurity problem.

And the handful who DO know you and DO judge you… the people you have allowed to hold your greatest contributions captive… they must be ruthlessly disregarded.

Who gives a shit what they or anyone else says at your funeral.

It’s what you feel on your deathbed that counts. Not the public’s accounting of your success or failure, but your own.

To thine own self be true. All else can piss off.

We aren’t waiting to judge you:

We are waiting to be pierced by the work that can only be created by men who no longer give a fuck what we think.

This is awesome inspirational story for Sales Individuals that face problems with people close to them that dislike commission sales. Thank you for writing this piece.

The Man Who Climbs

Happy Easter! If you subscribe to my blog, we share a passion: to empower and serve others. On this resurrection Sunday, I’m asking myself: Where can I “come back to life” in my business? In Read more…